Imagine if the CIO and CFO Shared a Bed?

A lot of the cloud cost management budget issue can be found in the disconnect between IT and finance departments which will ultimately hurt the business. 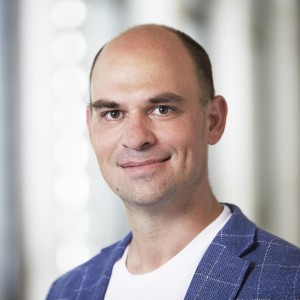 CIO’s and CFO’s play important roles in any organization but historically the two have faced challenges working together in terms of budget and technology investments.

In fact, it remains so rare that only 28% of 303 IT and finance professionals surveyed said they have a formal reporting collaboration between IT and finance.

That is worrying low, especially when you consider that cloud strategies implemented by IT departments biggest challenge in 2019 is cloud cost management.

Budgets tend to be the largest point of friction and usually CIO’s invest in assets that may not always have a direct return of investment.

The high costs related to investments in cloud services are now causing clashes between CFO’s and CIO’s.

A lot of the cloud cost management budget issue can be found in the disconnect between IT and finance departments which will ultimately hurt the business.

IT departments are often unaware of the burden ballooning cloud budgets have on finance, mostly because their focus, understandably, is elsewhere.

51% of finance respondents surveyed said they occasionally overspend on cloud resources compared to 37% of IT respondents.

The poor communication between the two departments will have severe negative impacts on overall business if cloud services are not managed better in the future.

80% of the IT and finance professionals surveyed said that poor cloud cost management causes issues like slowing cloud adoption, crippling innovation, lowering the quality of services, under-utilization of resources and increased costs.

Over half of the respondents surveyed said that cloud cost management is a daily worry but it is clear that the majority are currently failing to do anything about it.

The survey suggests the reasons causing this could be fears of hindering innovation, believing the amount is too small and not worth acting on or because they are not doing any form of showback/chargeback.

But budget concerns related to cloud resources ARE a huge area of concern that needs to be acted upon now.

That is why it is so important to tackle cloud cost management challenges now and why Kostner provides a service combining the intelligence of AI with business acumen to give you independent cloud insight.

Managing, tracking and acting on the dynamic changes in cloud costs and services is understandably very complex and in our opinion beyond what we can expect from any human.

By using AI, Kostner is able to analyze the millions of possibilities available to find the best possible way to run cloud at optimal costs and tailored to specific needs.

Cloud cost optimization should be a priority for CIO’s and CFO’s and this service will make that manageable ensuring you stay ahead instead of inflating your monthly spend.

PrevPreviousIT Roles Are Changing – Are You Ready For The Future?
NextPublic Cloud Revenue will reach 250+ billion dollars by 2020Next

Who should be responsible for the Quarterly Tune-Up

A quarterly cloud cost tune-up is the way to balance the demand for speed and agility with cost efficiency. Delay or cancel the tune-up and you leave money on the table. But who should be responsible and how to get it done is not so straight forward

Who Broke Moore’s Law? And how?

Moore’s law of halving of cost per performance unit every couple of years is grinding to a halt – not because we no longer improve on technology, but because the gains from Moore’s law are no longer passed on to you as a consumer of technology services.

Ready to Get Savings Done?

Have a short, free on-line meeting with one of our guides, who will explain everything and answer all your questions.