Managing Azure and AWS costs do not have a strategic or even tactical flavour to it.

In this blogpost we will take a closer look at what you should include in a cloud cost dashboard if you as a CIO (or someone reporting on cloud costs to leadership) want to be able to answer the question:

Do we need to spend more time managing our cloud costs?

Why bother? We are on budget!

… and our priorities are to move our digitalization projects forward and ensure stable and secure operations.

Having worked with customers ranging from smaller SaaS-companies to large enterprises we see insightful CIOs and IT leaders refer to three unwanted effects they want to avoid:

Making wrong business decisions is maybe the most critical one.

You might decide on the wrong scope of migrations for your existing infrastructure slowing down your digitalization journey.

You might see earning erosions because the pricing structure towards your end customers do not consider that pricing structures and cost levels are so different in cloud compared to on-premises.

Or you might be spending valuable time in leadership meetings discussing if you cloud costs are too high when you really should be spending your time on top-line focused digitalization initiatives.

These issues would all impact the digitalization agenda negatively.

The last point on getting started with cost optimizations too late have two sides to it: Firstly, it is annoying to overpay for your cloud services, and secondly, you don’t want someone else to take up the agenda of price optimizations – this is your domain.

In this context we will take a closer look at four questions you would like to know the answer to.

How is our total cloud spend developing?

This question is really straightforward. Take your monthly cost and see how it is developing.

Surely, you are on top of this, yet you might recognize that your team spends too much time manipulating data and explaining the following issues:

Also, you may want to report on a normalized cost, i.e., taking the number of days in a month into account. Otherwise, you will tend to see a cost reduction of about 10% from January to February.

All the numbers are available in your cloud portal. You can read a recent blog post on how to get data for your FinOps.

What is a reasonable forecast for our cloud costs?

Forecasting is trickier. Most companies are on a journey to use the cloud more and more, but at what pace? And how much do the historic numbers say about future growth?

Our recommendation would be to use at least the following two – mathematically simple – scenarios to give a range for where the cost can end up for the current financial year:

Scenario 1: We will be keeping the current monthly spend stable, i.e., forecasting the same monthly spend for the rest of the budget year as the last month reported.

Scenario 2: We will continue growing (or reducing) our spending with the same average rate as the last six months.

Why take scenario one into consideration when you expect increasing costs? The main reason is that almost all companies can continue expanding their use of the cloud without adding costs for a shorter period when the cost becomes a matter of priority. In a recent blog post, we outlined the three most important ways to save in Azure, and the principles apply to a large degree also for AWS.

Hence, if you are faced with budget issues, you just might be able to get on or close to the lower cost scenario.

What are the main cost drivers of our cloud costs?

Your quarterly report should give a quick overview of which areas to monitor – and where to ask questions. You could have lists highlighting:

Getting this reporting level right requires a bit more from your side. Your team should use subscriptions (Azure) or accounts (AWS) in a way that supports your reporting structure as well as applying an appropriate tagging structure for more advanced reporting.

It may sound like a daunting task, but we recommend you start early and talk to your team, cloud partner, or cloud cost partner about the few vital things you should get right from the start – then it becomes second nature.

Can we save material amounts on our cloud costs?

Did you ever have to discuss with your leadership colleagues why costs are higher than anticipated?

The blessing – and curse – of cloud is agility. Projects and departments can easily add resources, but it makes it challenging to manage costs.

Hence, it is a great help for many CIOs to answer with affirmation any questions on higher than anticipated costs. Is this because we consume more (typically the responsibility of the business), or because we overpay for the services we buy.

Some helpful reports would be:

Getting data for this section of your dashboard is more complicated. The data are not available in your portal, so you need access to a tool directly or from a partner.

However, it is a powerful way to demonstrate your contribution to the cloud journey – and even more so when you can show continuous improvement over time.

External benchmark: How do our prices compare to others?

If you are struggling to understand your savings potential as mentioned above there is another way you could get valuable insights.

Compare the unit price you pay with what others are paying for the main categories of cloud services, ie. virtual machines, storage, databases etc.

External benchmarks like these have their virtues and pitfalls.

We use it with our customers in context with other measure to identify areas worth taking a closer look at. Are we leveraging the cheaper storage options? Are premium versions necessary? And a range of other architectural choises that may or may not have been done on purpose.

If you have downloaded your billing data (see below) you can calculate your total spending on a category, and how much of ie. storage you are consuming to get to a unit price (ie. cost per GB per month).

In the most recent version of Kostner’s Quarterly Insight we provide you with unit costs for the main categories our customers are buying. Download below.

How do I build a Cloud Cost Dashboard?

Most of the data is in your cloud portal. The free tools also include some graphs and tables that will answer some variants of the questions above.

However, you cannot get a trustworthy number for additional savings. There are free tools in your cloud portal providing an incomplete (and sometimes misleading) list of possible savings, but let us just put it this way: it is not the best built-out feature of your cloud portal.

Talk to your cloud team to see what questions they already know the answer to for a start.

Many tools and providers of cloud cost management and FinOps related services can make your life a lot easier.

It need not be very expensive or time-consuming to get started on a standardized periodic report – you may want to check our pricing page to get a feel for the price levels. However, prices and price models do vary substantially between providers.

Download the report to get data on public cloud (Azure, AWS) usage:

… and our comments on “How to use the data”. 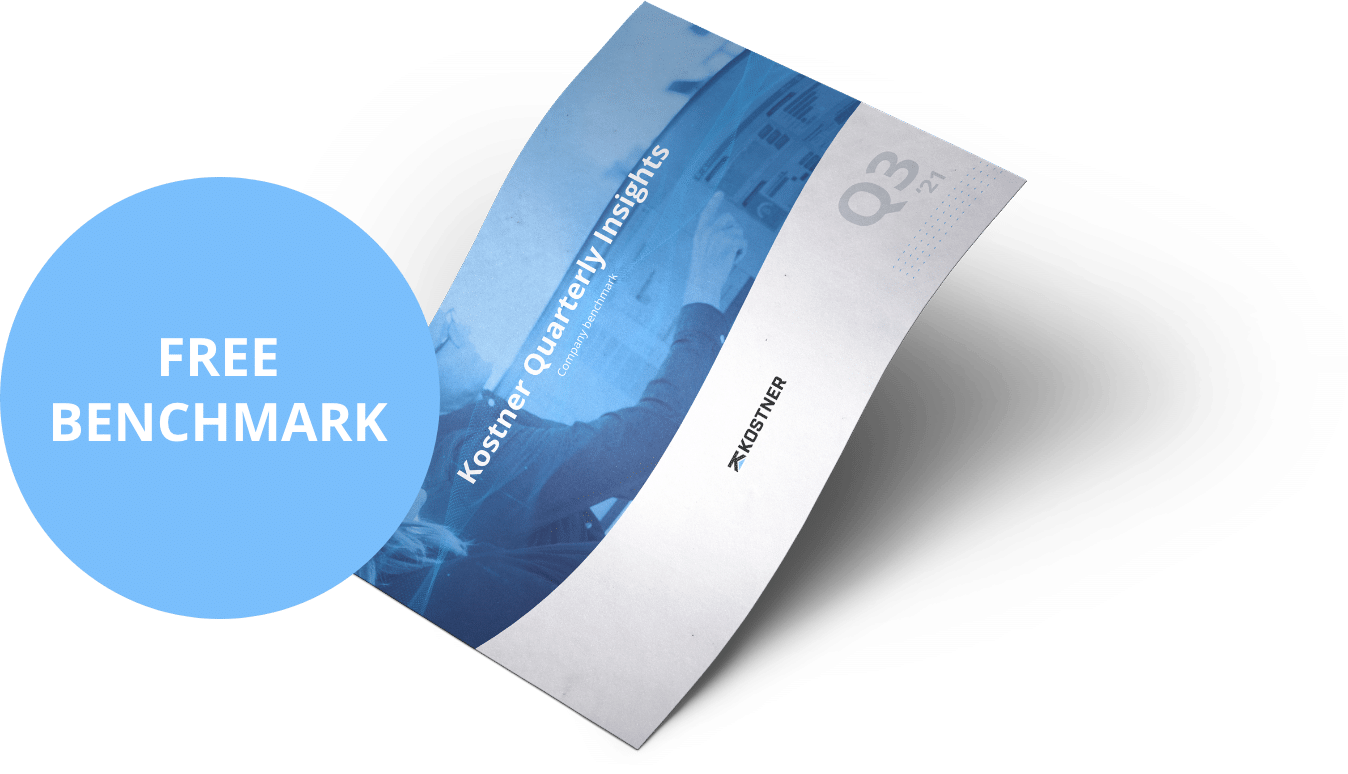